Working the land of the East Cape 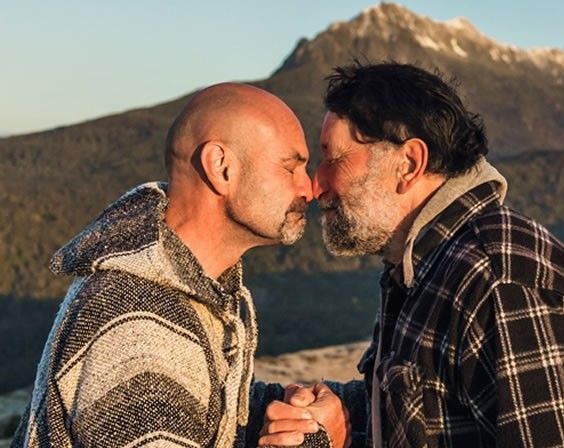 East Cape landowner, James White (on right), owns and manages the 2000 hectares in partnership with his older brother and sister. "Most of our work is done on horseback as the land is pretty steep. It’s summit country here so we get snow in the winter."

Predominantly a sheep and beef farm, James also keeps sections of his property as Mānuka bush as part of his partnership agreement with NZ Mānuka Group. James is also pleased the honey is now bringing a new income opportunity for everyone in the region. "It’s a beautiful lifestyle – there’s the sea and the mountains - and we can make a living on the land." Norm (pictured on left) is the beekeeper, and a good friend of James, who manages the hives on James' farm. James is always happy to welcome Norm onto his property, and enjoys seeing him there.

"Norm was a beekeeper before it became popular," says James. "It’s always interesting to see him." James' two boys have also discovered a passion for beekeeping. While one lives and works on the East Cape, his other son is now beekeeping in Australia. "Everbody knows everybody here, so you have to get on. That’s the lifestyle."